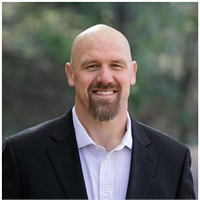 Cory experienced a seemingly normal car accident as a teenager, he and his family were blindsided when they received a letter in the mail from an attorney for a lawsuit pertaining to damages and lost wages. Unbeknownst to Cory at the time, this fender bender and the aftermath would come to champion Pro Capital Wealth Management and his profound “WHY” for helping others protect their families and assets.

He was born in Washington State and grew up in the Seattle area. After graduating from Gig Harbor High School in Gig Harbor, WA he earned a scholarship at The University of Montana in Missoula to play football for the Griz. It was there at UM where Cory was awarded All-American honors and helped the Grizzlies to a 2001 National title. Graduating from UM on the dean's list with honors, a B. A. in Psychology helped Cory gain different perspective and deeper understanding on human behavior that would help in the process of building Pro Capital.

After college in early 2005, Cory moved to Detroit to begin his career in the NFL as an Offensive lineman for the Lions. He quickly learned to adapt to an entirely new environment, new city and a new locker room. Although he was there less than a year, it was an experience that accelerated his drive to find a home that aligned with his values and ethics.

In late 2005, he became a Texan and joined the Dallas Cowboys where he says he immediately felt right at home. He was drawn to country life with a profound value system centered around Faith and Family. He played for Bill Parcells and Wade Phillips with the Cowboys before he was released in 2010 and played his last season with the Miami Dolphins. Cory’s career ended on a Thursday night game against Chicago where he ruptured his patellar tendon. Overall, Cory played 6 years in the NFL which led to Pro Capital serving many coaches, players, and people surrounding the sports arena.

Cory credits a few great Coaches and Pastors that have spoken into him and shaped him into the man he is today. It was these interactions with his mentors that introduced him into greater opportunities to serve others. Amongst a few of those experiences he spent time in Africa with Waterboys, a non profit to bring drinking water to communities in need, climbed Mount Kilimanjaro and spoke at Gateway’s Men’s Summit in Israel. Cory is currently serving on the board of Majesty Outdoors, a non profit for fatherless children in South Texas.

After getting settled in as a proud Texan, Cory met the love of his life, Megan. They were married in 2011 and have two young children, a son, Hank, and daughter, Grace. Megan is equally passionate about helping others stemmed from her own childhood story and serves as an Estate Planning Attorney in North Texas. Aside from his love for faith and family, a few of Cory's favorite past times include grilling out, hunting, and music.

Cory became extremely active in his own families portfolio early on to ensure they were protected which further grew the connection of his childhood accident and the highs and lows of the NFL. He knew by founding Pro Capital Wealth Management, this would serve as a vehicle to help others protect their families and build their wealth.